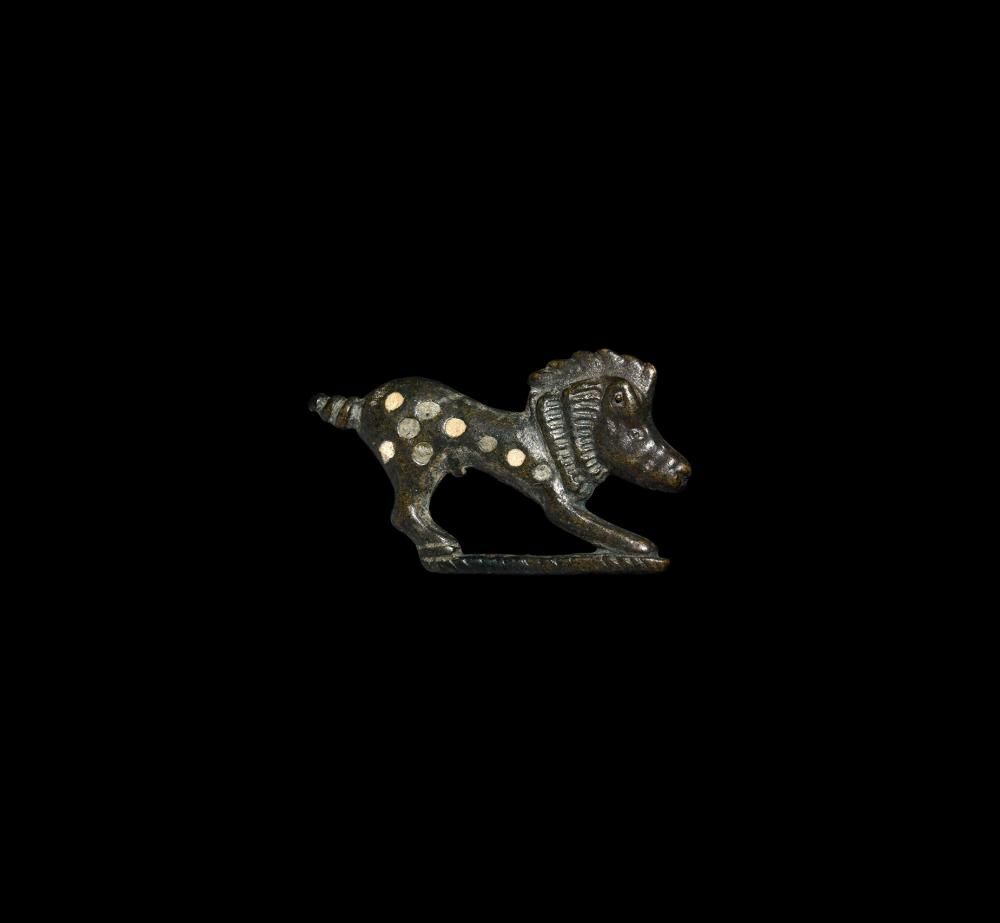 2nd century AD. A bronze plate brooch in the form of a running boar on a textured baseline with finely modelled snout and facial details, mane, trailing coiled tail and inset enamel discs along the flank and rear hip; to the reverse the pin-lug, pin and catchplate in place. 6.25 grams, 36mm (1 1/2"). From the private collection of Antony John Scammell (1937-2019); acquired from TimeLine Originals 2011; found Thetford, UK; accompanied by the original invoice and certificate of authenticity Antony John Scammell (1937-2019) was born, and lived his entire life, in the city of Bristol, England. Already from an early age he was enthralled by history and the heroes that it created. While serving overseas with the British Army, Antony began collecting coins and banknotes and this led to collecting a variety of different items throughout his life. From the early 1960s onward, Antony invested in acquiring ancient artefacts. Antony's vast collections started with Egyptian antiquities, but soon branched into Greek and Roman civilisations. The Roman civilisation fascinated him most and, when family commitments allowed, archaeological digs were coordinated in the west of England. These digs uncovered numerous artefacts, many of which were donated to local museums. In retirement, the collecting continued apace, branching into UK coins, British Empire banknotes and fossils.