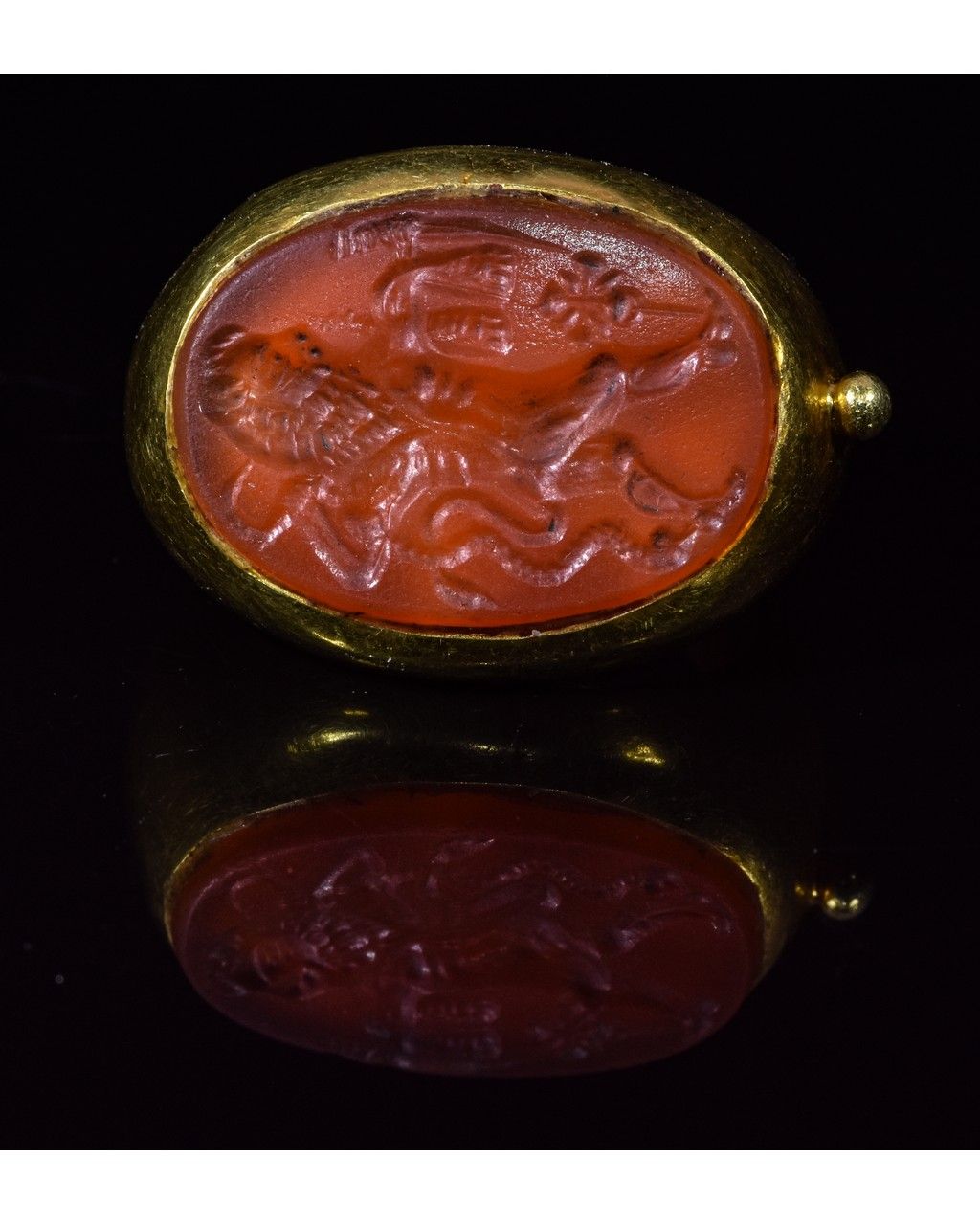 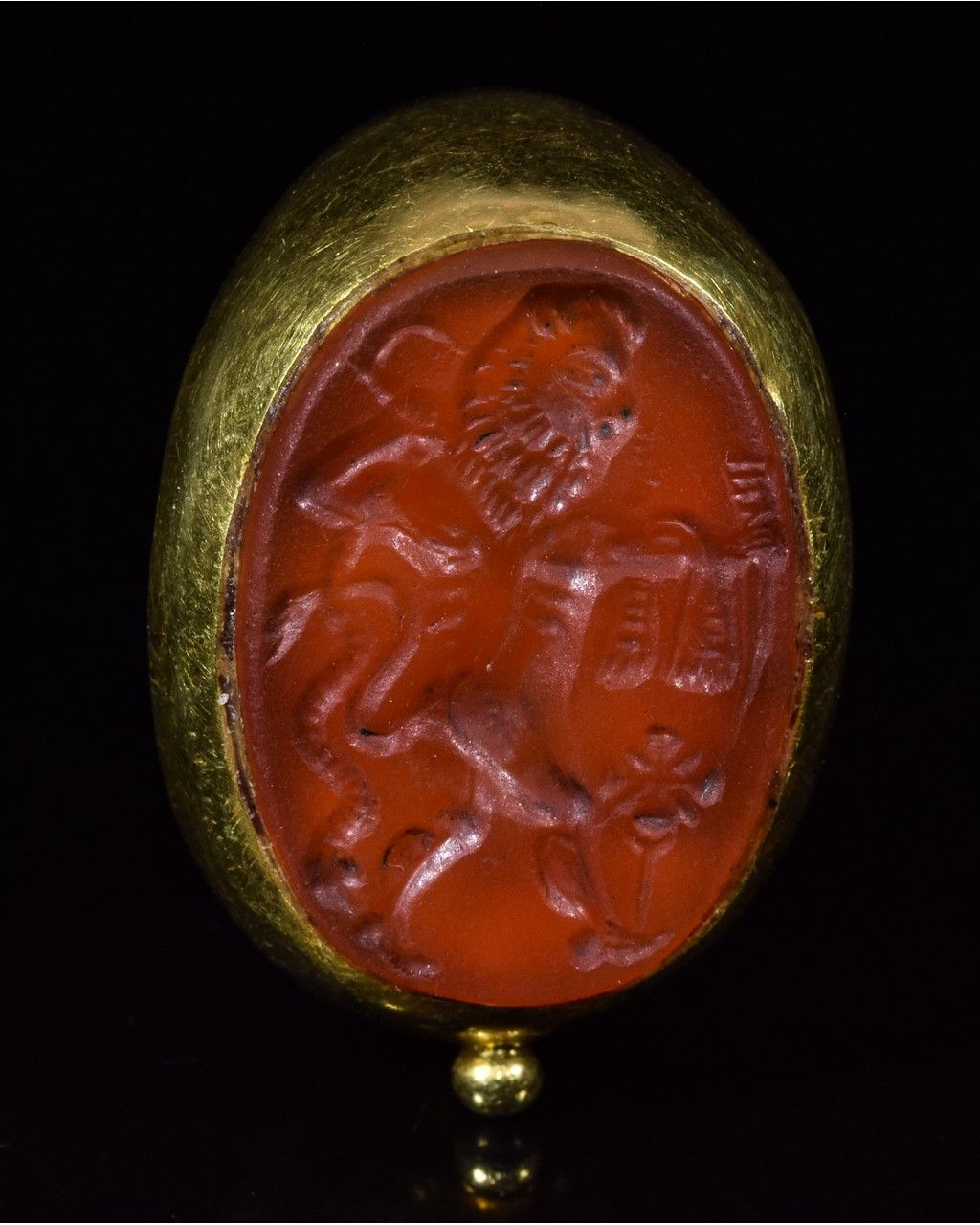 Ca. 200-300 AD. A rare Gandharan Period gold finger ring comprising a D-section hollow hoop, ellipsoid bezel with inset large intaglio depicting a Minotaur; In Greek mythology, the Minotaur is a mythical creature portrayed in Classical times with the head and tail of a bull and the body of a man or, as described by Roman poet Ovid, a being "part man and part bull". Fine condition; wearable; great example of Alexander the Great influence in the West. D:23mm/L:30mm; UK Z; US12; 17.8g; Provenance: Property of a professional Ancient art and jewelry expert; previously with a London gallery; initially from a private British collection formed in the 1970-1990.