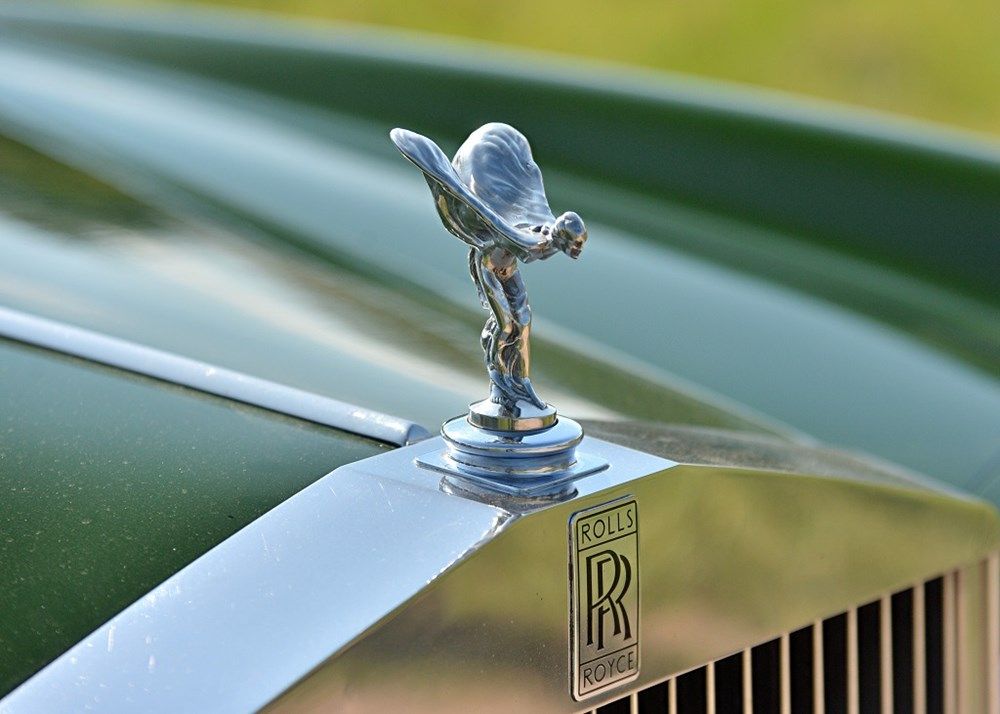 1970 Rolls-Royce Shadow Two-Door Fixed-Head CoupéTransmission: automaticMileage: 63046The unitary construction Silver Shadow unveiled in 1965 nudged Rolls-Royce into a brand of new generation of luxury motor cars built by Mulliner/Park Ward. Rolls-Royce Motors formed Mulliner/Park Ward in 1961 by the merger of two Rolls-Royce subsidiaries: Park Ward of Willesden, London, a subsidiary since 1939 and H. J. Mulliner & Co. of Chiswick, a subsidiary since 1959. The first of these cars was a development of the Rolls-Royce Silver Shadow with the two-door variants of that model marketed as the ‘Silver Shadow Mulliner Park Ward’ two-door fixed-head coupé, the very handsome coachwork design by John Blatchley and his deputy Bill Allen. The model was assembled and finished in London at the Mulliner Park Ward, Willesden factory producing two models - the Drop-head Coupé and the Two-Door Fixed-Head Coupé; the Corniche name was applied from 1971 for all two-door coupés. The early car used the standard Rolls-Royce V8, 6230cc engine mated to a automatic transmission from General Motors. The engine size was increased in 1970 to 6750cc.This excellent Rolls-Royce Shadow Two-Door Fixed-Head Coupé was ordered in August 1969 by Jack Barclay Ltd for their esteemed customer Richard Attenborough, the world-famous actor, filmmaker and entrepreneur. He had it specially commissioned to be finished in ICI special green, non-metallic paintwork and trimmed in beige striped cloth. The order sheet also shows that the car was fitted with Firestone whitewall tyres together with plain sundym glass throughout, full refrigeration, the ashtrays removed, and a special console made to house the electric seat switches; usually fitted to the door cards, as it wasn’t considered to be so easily accessible. Once completed, it was received by Jack Barclay Ltd in Berkeley Square for pre-delivery inspection prior to Christmas 1969 when it was pre-registered with the number OO 3907 for use from January 1st 1970. Mr Attenborough retained the car for many years, mainly chauffeur driven, until in 1984, with only 11,400 miles on the odometer, he replaced it with a Rolls-Royce Corniche Coupé. From 1984 there is an extensive history file showing that it has been kept in superb condition. In 2006/7, bearing the current registration mark, it was owned by a collector of Rolls-Royce and Bentley cars, who had the cloth interior replaced with beige Connelly hide, piped in green, before putting the car up for sale by auction at the RREC annual rally in 2007. It was purchased by a German classic car collector whose collection included Bentley, Jaguar, Austin Healey and Ferrari and, wanting perfection to match his other cars, he had a major restoration carried out on the already great car, resulting in the splendid example of the marque it is today. The current keeper purchased the car in January 2019 and he has maintained it to the same high standards as the previous owners spending £16,000 with marque specialists The Chelsea Workshop. Finished in its original unique colour of green, this fixed-head coupé is supplied with a UK V5C registration document, an MoT test certificate which expires in May 2022 and the very large history file which has copies of the chassis cards, MoT certificates going back to 1984 and copious invoices relating to the work carried out.Interested parties should satisfy themselves as to the description and condition of each lot prior to the sale. Accordingly, buyers are on notice that each vehicle is offered ‘as is/as seen’ subject to the Terms and Conditions for the auction. Buyers are advised to inspect the vehicle in person or use a professional to carry out this service. Historics will not entertain disputes over descriptions.